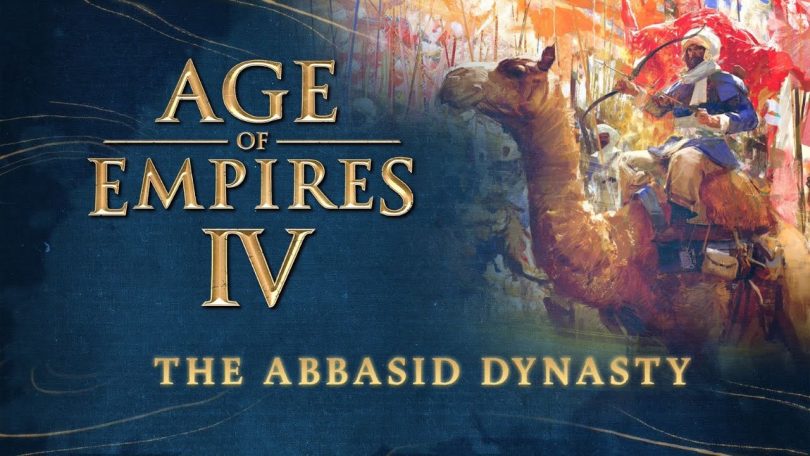 After a long wait, finally Age of Empires 4 is released. For those unfamiliar with the Age of Empires series, the games allow players to dig into the complexities of historical empire building and raise an army to destroy their enemies.

In the game, players may use a variety of tactics, train special forces, and leave a lasting legacy.

The game have 8 civilizations with their each unique strength, and we have made The Age of Empires 4 Tier List for you.

Rus civilizations are known as skilled hunters, meaning the wilderness is completely in your command. They profit greatly from their surroundings, particularly in terms of acquiring resources to quickly develop a powerful economy.

The Rus earn a steady stream of Gold from the Hunting Cabin, as well as the special Bounty score they get for killing Gaia animals.

Players may earn Gold by killing any animal on the map using the Bounty system. This adds to the player’s Bounty total; as it rises, so does the amount of food harvested and the gold rate at Hunting Cabins.

The Rus’ strong early-game defense capabilities made them a worthy enemy in the Middle Ages.

They have upgraded Palisades in place of early access Walls, Knights starting in Age II, and Wooden Fortresses with a unique features.

When Lumber Camps are established near Wooden Fortresses, their special Influence gives them additional Wood.

The power of the French civilization is based on their formidable army of knights, gunpowder siege weapons, and trading advantages. Traders from France have the unique capacity to bring back whatever materials required, which is a beneficial characteristic in times of scarcity.

French forces can also benefit from a variety of upgrades, including specific health and defensive advantages that are only accessible to French units.

The French influence system is kind of unique, units cost less from Archery Ranges and Stables around the Keep.

With each Age, their Town Center can manufacture units faster, which is a significant benefit in terms of speeding up their economy.

The House of Wisdom, which provides unique upgrade options and serves as the foundation of the Abbasid Dynasty’s Golden Age mechanism, and it is at the heart of their civilisation.

The tier of their Golden Age rises as more structures are built around the House of Wisdom, bringing with it increased gathering, research, and production rates.

The Abbasid Dynasty acquires Camel Archers and Camel Riders, who serve as anti-cavalry cavalry troops which are unique aspect to their civilisation.

The Abbasid Dynasty’s unique ability to create Landmarks and move through the eras without having to assign active villagers allows them to continue gathering resources, constructing structures, and doing other duties, allowing them to expand without interruption.

The Mongol civilization is a tough enemy. Because of their rapid mobility, they are unlikely to be encountered in large swarms, yet even in small numbers, their army can easily outmaneuver opponents.

Their robust military manufacturing capabilities drive their enemy to go on the defensive right away.

The Mongols are a nomadic people that may relocate their bases everywhere. The Mongols are the best at flanking foes and escaping rapidly before they can catch up, thanks to early access to cavalry forces and the speed afforded by Outposts.

They strengthen their economy with one-of-a-kind structures, such as the stone-mining Ovoo. As they desire ultimate dominance, the Mongols’ demand for resources for their army might lead to a spectacular war for resources.

The Holy Roman Empire is a powerful infantry-based civilization. Skilled of repelling enemies with a variety of defensive turtling tactics.

Fighting them in combat will need careful planning: the Holy Roman Empire recovers swiftly from strikes, and the Landsknechte’s destructive area-of-effect capabilities will make progress against them tough.

It is not simple to defeat the Holy Roman Empire. Their constructions are extremely sturdy and tough to demolish, with improvements increasing their strength.

Relics can be kept in Outposts, Towers, and Keeps for extra armor and damage, making the Holy Roman Empire a truly impregnable civilisation.

When you play as the English in Age IV, you get access to a number of critical advantages, making for a thrilling battleground for resources and victory.

In comparison to other civilizations, the English have cheaper farmland, offering them a reliable source of food to develop improvements and troops during matches.

When an enemy approaches, Town Centers, Outposts, Towers, and Keeps sound an alarm, causing adjacent troops and defensive buildings to shoot quicker for a brief time.

Their Keeps have the ability to create all troops, allowing the English defense to dominate a match.

The Chinese had a head start with extra Villagers at the outset of their civilization. This sets the groundwork for a thriving economy that can meet the demands of a vast society.

City planning is a critical component of any growth strategy. The Chinese civilisation is known for its dynasty system, which provides various benefits like as unit bonuses and access to distinctive structures when activated.

This opens up a number of strategic options and methods to take advantage of everything the Chinese civilisation has to offer.

The Chinese military supremacy is based on their powerful gunpowder troops. They have access to a variety of specialized gunpower units, making them a deadly enemy in combat.

The Delhi Sultanate civilization, which emerges as a dominant power in the late game, relies on strategic decisions made early in the game.

The War Elephant, the heart of the Delhi Sultanate army, is a melee unit with startling sheer strength and the ability to deal a lot of damage.

Research is the strongest trait of the Delhi Sultanate. They not only have a variety of upgrade possibilities throughout the Ages, but their unique Scholar Research System—which includes the priceless Scholar, which is vital to the system—gives them a research edge that no other civilization has.

The Delhi Sultanate can use its foot soldiers’ ability to construct defensive constructions to supplement their defense as they wait for their strength to rise through the ages. The Delhi Sultanate’s might will be a force to be reckoned with once its military achieves its peak potential.