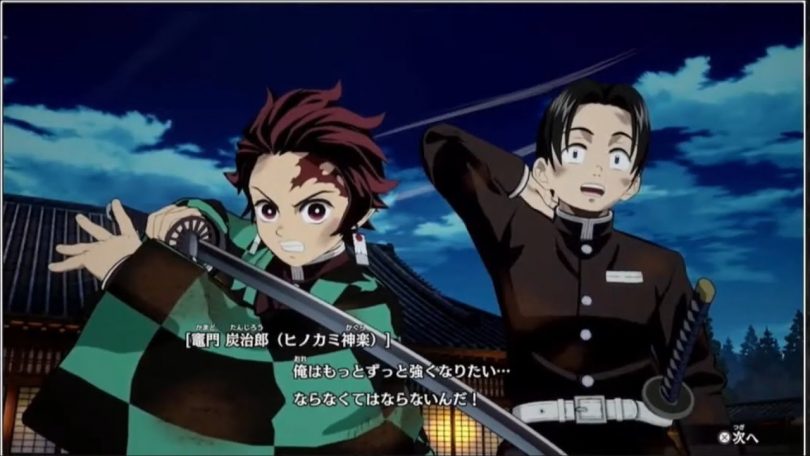 Your favorite anime series is now available on PS4, PS5, XBOX SERIES X|S, XBOX ONE, and steam. You will be playing as Tanjiro and fighting numerous enemies throughout the gameplay.

Demon Slayer The Hinokami Chronicles has about 18 characters you can play and more characters to be added.

It can be a little bit puzzling to select a perfect character when you playing the game online or locally against your friends. To help you win the game we have made a complete Hinokami Chronicles tier list.

The reason Giyu is on the top of the S tier list is that he is the most balanced character in the game.

He has everything we could as for, Immense Speed & Reflexes, Immense Stamina & Endurance, and Immense Strength. So he would be the best to counter enemies with high mobility.

Hinokami Tanjiro is weaker than the original Tanjiro, which solely employs water-based strikes.

What makes Hirokami Tanjiro special is that he has a technique that can instantly break an opponent’s guard. However, this will result in two-meter bars, which might offer you a significant advantage in terms of doing quick damage with strong combinations.

His three-hit combination is one of the greatest in the game and can do a lot of damage, making him one of our S-tier heroes.

Rengoku is one of the game’s most well-balanced characters. Flame Tiger, his fifth form, can deal a lot of damage in a short amount of time.

In addition, he possesses the quickest starter moves in the game. When fighting against an enemy that enjoys close combat, Rengoku’s ranged combinations may be quite powerful.

Rengoku may be deadly in a contest if you manage to nail his DP move. Rengoku, in conclusion, is one of the greatest characters in Demon Slayer: The Hinokami Chronicles Tier List.

If you use his moves often enough, he can cause a lot of damage with them. He may also use his wake-up maneuver twice to break guards.

Because of her special powers, Shinobu, the doctor, is a wonderful character to utilize.

Her poison-infused and lethal combinations quickly push her to the top of our A-Tier ranking, giving her a significant advantage in battles.

Sabito is another one of our A-Tier characters that, when used correctly, can be quite fascinating.

Third Form Flowing Dance Shadows of Dawn and Eighth Fall: Waterfall Basin are two of his devastating moves that may do a lot of damage. Sabito acts similarly to the saying “the best defense is a good offense.”

You may utilize the wake-up move to quickly deal a lot of damage with fast combinations. Remember to keep L1 or LT pressed when combining with Sabito’s move to increase damage.

Zenistu is a fast and powerful character whose attacks are difficult to block or counter.

Furthermore, as you may be aware, Zenitsu’s techniques are lightning-fast, and his combinations need accuracy and timing.

His legendary First Form Thunderclap and Flash is his Ultimate move. Zenitsu can be one of the most powerful characters in the game if used correctly, yet he is the A-Tier for us.

Nezuko has a diverse skill set, and she employs both her claws and Blood Demon Art techniques.

When going one on one with a sword, her claws might be a disadvantage, and the blade-wielding character will win the majority of fights.

When you apply her extensive skill set of techniques, she is at her finest. His close-range techniques and aerial combinations may also be lethal. Overall, if you use her moves correctly, she may be a great character.

Inosuke looks just like he did in the anime, with standard techniques and high-damage combinations.

Despite this, Insonuke is more useful as an assist character since he can drive enemies back. His speed is the single thing that sets him apart from the A tier.

Makomo is the polar opposite of Inosuke; she lacks power but is incredibly swift.

Her abilities, as well as her light combinations, are beneficial. Makomo was unable to advance to the A tier due to her attacks’ lack of power and damage.

Tanjiro’s Hinokami version is far superior to the standard Tanjiro version, which relies on water breathing.

Murata, on the other hand, is a passable character. Because of the way developers have chosen to design him, we doubt he would be anyone’s first pick.

Water Tanjiro and Murata are fairly similar characters that lack the impact that a good character should have, which is why they are on our C Tier list.

That’s all the Hinokami Chronicles Tier List we got for now, but we will update soon as the new character comes into the game. Bookmark this post so you won’t be missing out. Have fun playing!