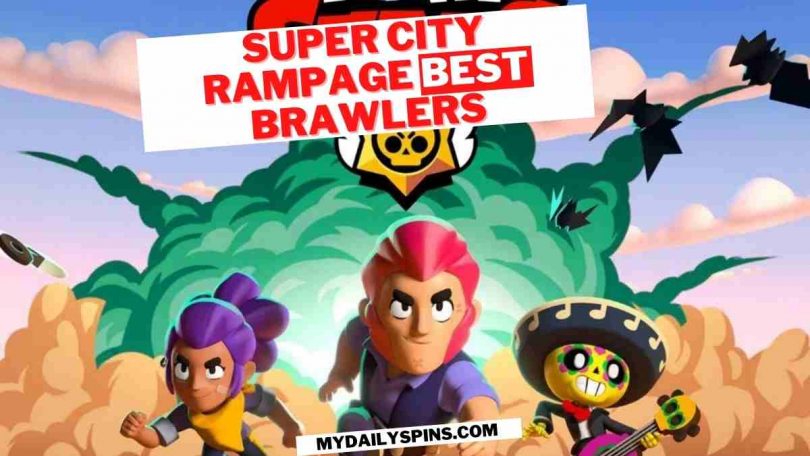 Super City Rampage is an event where 3 players team up to battle against a monster and try to beat before he destroys the city.

if the monster destroyed the city or knocked the players all the players lose. but if they win the difficulty of the game increases with each win.

Here is how much monster health increases in the first 6 levels :

after the Insane II+ level till insane XVI level (which is the last level) the monster attack ability increases by 10% after each level you complete.

here we put together a list of 6 super city rampage best brawlers:

Colt is a Common Brawler and He has low health but a high damage output.

Rico is a Super Rare Brawler with low health but with a moderately high damage output.

Both his attack and Super fire unique bullets that can bounce off of walls and continue traveling.

Max is a Mythic Brawler with moderate health, a moderate damage output, and a very fast movement speed.

Byron is a Mythic Brawler who can deal moderate tick damage to enemies and provide consistent healing to his allies, but has low health and insufficient burst damage.

Pam is an Epic Brawler who has high health and can provide a lot of healing to her team, but an inconsistent damage output.

Pam is a high DPS Brawler that can constantly deal damage

She is useful in the monster’s angry phase

8-BIT is a Common Brawler who has high health & high damage output, but he has the slowest movement speed of any other Brawler.