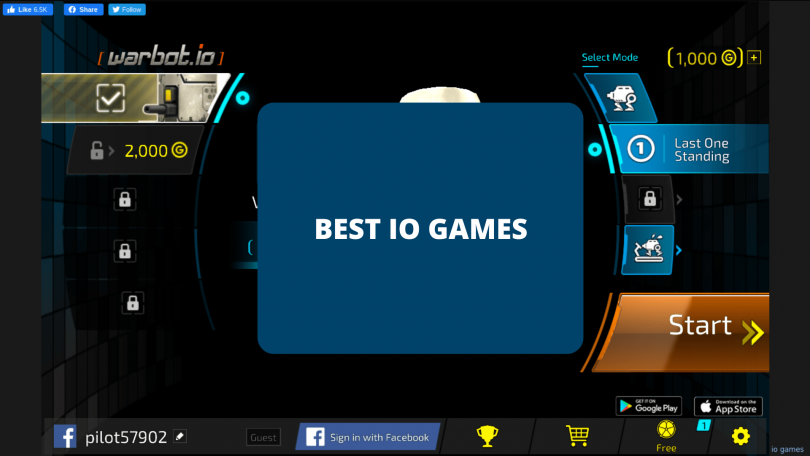 Addicted to io games and want to test yourself how can you last in these Survival io games list? check out the list below

The best.io games have grown to become some of the most popular time killers on the internet over the last half-decade. Some are centered on zombies, while others include battle machines.

To play the game doesn’t require any downloads, complicated account creation, or any of your personal information. Simply open your browser and begin playing your game.

The Indian Ocean is represented by the domain name extension IO. The IO domain name has gained popularity in this industry due to its short and straightforward nature.

StarBlast is a fun space-themed multiplayer arcade shooter. In your completely upgradeable starship, mine asteroids and battle other players. To ensure victory, team up with your friends.

StarBlast has four different game types. Team mode, survivor mode, invasion, and pro deathmatch are the several game modes available. For a rookie player, team mode is an excellent place to start because you’ll have a team behind you.

You can join one of three main groups: The Orion Arm Guild, the Federation, and the Sovereign Trappist Colonies.

When you first start playing Mope.io, the game appears to be complicated, complex, and even irritating.

Mope.io is an io game in which you play as an animal trying to live by eating food and drinking water. There are several biomes, each with its own food and terrain to help you level up. But be cautious! There is a well-established food chain in place.

As you move through the stages and consume lesser creatures, you must avoid being eaten by larger animals.

Your victims are creatures with lime-green outlines, while your predators are animals with red outlines! Pigs can travel quickly on mud, Lions can roar, Penguins can slide on ice, and Dragons can soar, to name a few examples of Special Abilities.

Lordz.io is an online multiplayer survival game set in the Middle Ages. Starting as a lone ruler, you must collect gold and construct your base in order to develop a little empire.

Prepare your defenses by forming various military forces. There are other lords to fight without there, so be cautious!

You can implement a variety of buildings to increase your power. Teach your enemy how strong your mage power is by building a mage tower. Houses for soldiers, knights, archers, and more powerful forces will help you expand your small empire.

If you want to keep your base standing, you’ll need to build defenses, so make sure you build enough castle walls to keep opposing lords away and secure your assets.

EvoWars.io is a fun multiplayer io game set in an epic fantasy world where you must control a fierce and brave warrior who must slaughter your enemies with his massive broadsword.

The length of your blade grows longer with each enemy you harm or kill, allowing you to inflict more death and destruction.

Act fast throughout the battlefield, avoiding sword strikes from other players while killing as many opponents as possible — you must move with purpose and properly time your sword swings! Can you master the EvoWars and become a gigantic slayer wielding the world’s largest sword?

LittleBigSnake.io is a huge multiplayer io game where your objective is to be the biggest snake of all! It’s a dynamic game set in a colorful universe populated by a variety of fascinating species.

You may learn new talents, expand your skin collection, get awards and titles, play with friends, and much more. It’s a genuine MMO game that will continue to develop and evolve with new features.

You start off as a little worm looking for food to grow into a giant snake that devours everything in its path and may encircle the other players. Keep an eye on your head: if you slam your head into someone’s body, you’ll become food for the others.

Those are the Top 5 Survival io Games List in my opinion. Do you agree with all the lists? Comment down below. Have fun gaming!