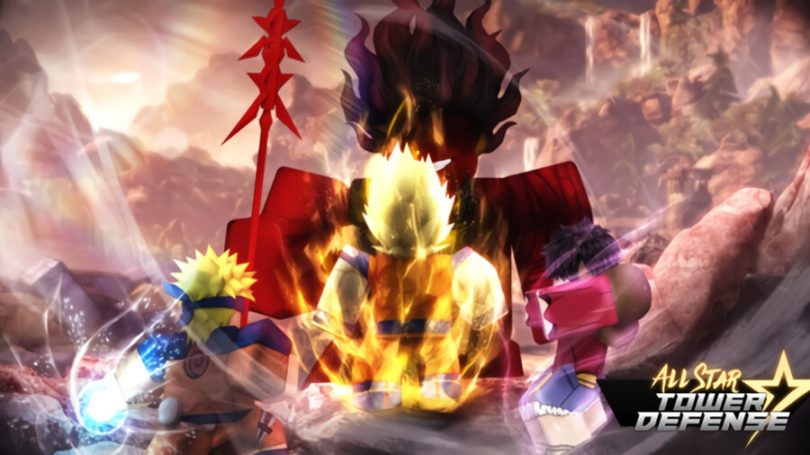 The objective of tower defense games is to protect a player’s territory or holdings by blocking enemy attackers or preventing enemies from accessing entrances, which is commonly accomplished by constructing defensive structures on or along their route of attack. This usually entails erecting a variety of constructions that automatically block, obstruct, attack, or destroy enemies.

Due to its real-time beginnings, these 10 Best Tower Defense Games on Roblox is considered a subgenre of real-time strategy video games, and some are feature components of turn-based strategy. The genre’s fundamental tactic is the strategic selection and placement of defensive pieces.

The first game out of 10 Best Tower Defense Games on Roblox is Tower Defense Simulator. It normally involves players working together to fight waves of different enemies until they are either invaded or defeated in that particular battlefield. Players earn money by eliminating enemies and receiving wave bonuses, which they may use to buy new towers or improve current ones.

In addition, there is a Versus mode in which other players can team up to take on another team. When they are vanquished or defeated, they gain EXP, which may be used to level up, and money, which can be used to purchase additional towers.

In Arena : Tower Defense you have to Defend your town using various towers, ranging from Rubies, Amethysts, Hybrids and Guardians. Play with friends on a wide variety of maps and difficulties. If you’re up for the challenge, stay a little longer and meet one of the most powerful voids..

Arena : Tower Defense is in very early development. Concepts and features are subject to change. And a ton of bugs; We just rented this apartment.

Tower Defense: Shinobi is a well-known 3D encounter game on Roblox. The purpose of the game is to keep your crystal safe against malicious bots at all costs. These bots were made in a lab, but they escaped and caused havoc while attempting to steal your crystal.

To battle the evil bots, you must construct an invincible castle. The bots become more innovative and agile with time, so you’ll need to build a truly great fort to keep them out!

All-Star Tower Defense, as the name suggests, is a tower defense strategy game in which the turrets and armament are replaced with anime-themed characters.

It’s now quite popular, riding the wave of anime-themed Roblox games, but it’s also a fun game in which you use characters to defend yourself against waves of foes. All of the characters in the game, though, are based on anime characters, so you may collect warriors from all of your favorite shows.

The game’s array of characters ranges from single target to AoE (Area of Effect), from One Piece to Demon Slayer warriors. The purpose of the game is to proceed through the tale as far as possible or to reach the top of the scoreboard in infinite mode.

It’s a ROBLOX tower-defense game with a variety of maps built in a fantasy environment, each with their own personality. Tower Defenders contains eight game modes (four of which are level difficulties) and maps that are assigned at random. There are four difficulty levels: Easy, Normal, Hard, and Legendary.

The only game types available are PVP, Ranked PVP, URF (Ultra Rapid Fire), and Endless. Except for PVP, each map has one lane where the opponent is supported by waves that last until Wave 37. On both maps, there is a Rush home where such monsters spawn during the Rushes.

Tower Battles is a Tower Defense game in which Zombies attempt to walk across a map path from one entrance to another while Towers attempt to stop them. It’s a tower defense strategy game in which you must protect yourself and your colleagues against zombies.

You can choose to play aggressively or defensively, depending on your gaming style. It’s a fresh and entertaining twist on the tower defense genre.

This game is similar to the tower defense game All-Stars. Here, towers rotate once an hour. You may buy them with gold. You may also use your gems to make purchases.

As you can see, the bulk of the towers in the game are superheroes. You may choose between Superman, Mysterio, the Hulk, Spiderman, and more superheroes. There are four various game types to select from in this game. It’s a lot of fun to play.

We have little Dinosaurs and caverns in this game. As a result, it exudes a Jurassic vibe. Most gamers may find the game’s unique characteristics appealing, and they may like playing it.

You may even ride the small dinosaurs in the game. You’ll be up against a barrage of dinosaurs and enemies that will assault in waves, similar to past tower defense games. As a consequence, ensure that you invest wisely and reinforce accordingly.

In this game, we may use unlocked towers to fight waves of enemies and earn money and experience by clearing them. The proceeds might be utilized to construct towers. Each tower has a unique function that assists in the clearing of more waves. As a result, make certain that you have as many towers as feasible.

This is a fairly simple tower defense game. Nonetheless, it is pretty well-developed. As a consequence, you will certainly like the gameplay experience provided by this Roblox game.

This game is all about fending off endless waves of monsters while guarding your own castle, which you may build with towers and other stuff to improve and defend against the invaders.

So, there you have it 10 Best Tower Defense Games on Roblox you can play alone or with your friends for more fun.