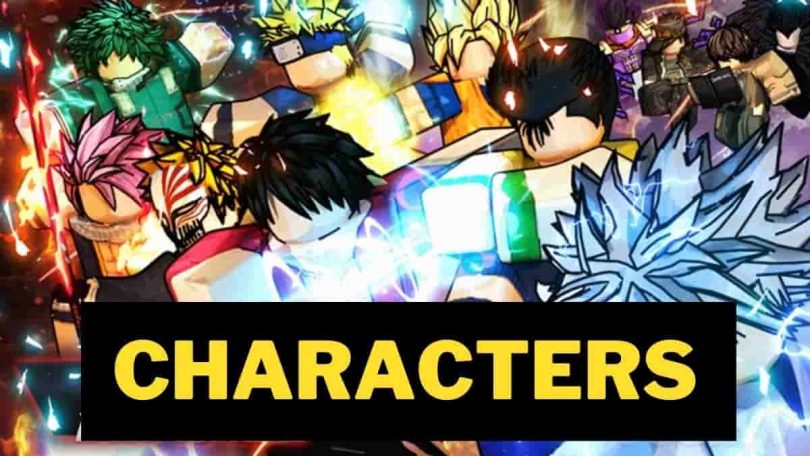 In this post we listed all star tower defense characters based on characters star rating, we also included the placement and the cost of each one.

You can check working ASTD codes to get free gems and items.

these secondary characters are used as secondary parts and their stats are weak compared to the regular characters.

secondary characters rating varies from 2 stars up to 4 stars.

here we listed the best 10 of All Star Tower Defense characters:

Dracule Mihawk is a 5 star hill unit with a linear AOE type. you can obtain it by summoning. When maxed out, Dracule Mihawk has by far the best range in the game.

This tower is best to against bosses because of the high damage, it has Biggest range in the game together with Mihawk.

SSJ3 Goku is a 5 star Character He is a powerful, high damage, high range, AOE

Broly LSSJ is the evolved version of Broly and it is a 5 star Character. His attacks are high damage and long range.

Kirito is a 5 star ground unit AOE type you can obtain it by involving or summoning.

Whitebeard is a 5 Star His attacks are decent damage and relatively fast.

Zenitsu is a 5 Star Tower you can obtain it only through hero summon,he is a good character, he deals a good amount of damage, can target multiple enemies, has an average range.

Killua is a 5 star character that you can obtain through hero summons or by evolution,He is a high damage, medium-high SPA, medium-high range ground-type tower.

Toga is a 4 star tower it has the the ability to inflict bleed damage to opponents. you can obtain it only by Summoning.

If you have any questions about All star tower defense feel free to ask in the comments.

For more guides and codes feel free to check our latest posts: