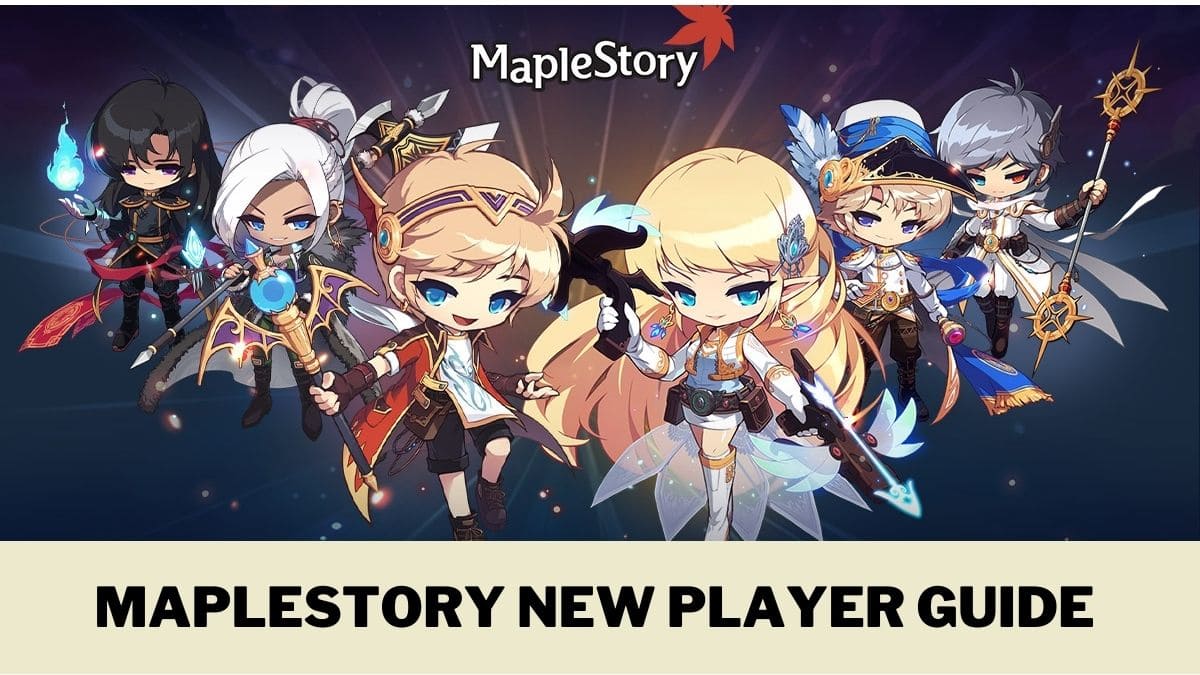 in this guide i’ll be bringing you the top 10 tips for getting back into Maplestory in 2020 .

play on reboot server if you want to play on a populated server and enjoy spending time to progress .

play on regular servers if you enjoy trading and if you don’t mind spending money to progress .

overall i would recommend reboot server because that’s the server i play on and i prefer spending messages to buy cubes rather than real money.

first off pick whatever class you want, one huge turn off of the reboot server is that there is an expectation that everyone needs a kanna farmer . unless you are a serious player and are going for end game content you do not need a kanna farmer .

however if you do want to main kanna then it’s a win-win .

for newer players i recommend playing a class with simple mechanics so you can focus on learning the game rather than learning the nuances of the class .

here are some simple classes in each job category so for the warriors we have :

for the bowman classes we have :

for the mages we have :

for the thieves we have :

for the pirates we have:

in Maplestory you are rewarded for having multiple characters so don’t feel like the first class you make is going to be your main forever .

What are links in Maplestory ?

link skills are job exclusive skills that are transferable to other characters
and unlocks at level 70 120 210 for levels 1 2 and 3 respectively..

there are also other link skills that are situational based such as the mihail link skill that provides 100 stance as a new or returning player i’d advise you to not worry about this system as it is more effective at later levels .

next up we have the legion system the best way to think about this is that each of your characters are tetris blocks and the more you have the stronger your account is .

the legion system provides in-game stat boost based on the number and which specific characters you have.

note that having two of the same character will not stack the same legion effect .

here’s what you need to know as a new player open up your hotkeys and assign the legion hotkey to any key you like.

place characters shown below on the board to gain the character’s legion effect .

as well as the board’s effect on the right hand side we can see our legion rank .

total level of the 40 highest characters in the account and the number of members assigned .

to get free coins daily press start raid and then just press leave and you’ll be given some free coins you can also do daily legion quests that are pretty easy to get additional coins use those coins to purchase items from the legion shop .

additionally you can talk to dame to upgrade your legion to unlock more board space and member slots .

Tip #4 : what are flames in maplestory ?

Flames are genetics for your items . the stats in green are the additional flame stats .

how do you know if your flame is good ?

pull out a flame to your table look at the item’s level and stat
and note that the higher the tier the better .

Here is a flame tier table to check .

to change your flame use red flames and rainbow flames to re-roll the green stats .

additionally certain items cannot be flamed such as rings and shoulders .

to make Mesos do the following :

this means that the person will use the mvp buff in our dent mill in channel 8 at the 30th minute of the hour .

what bosses should you do daily ?

here are the bosses you should do daily :

what are arcane symbols ?

arcane symbols are additional equips that you unlock after level 200. you level them up each day through daily quests to increase the amount of stat it gives and arcane force .

you unlock more symbols as you level up and progress through the arcane river.

nodestones can be opened after your fifth job to randomly give you a node for your v matrix .

nodes can be broken down into 5 categories :

star forcing is the new cubing of 2020. most of your gains are going to come from star forcing from 1 to 15 stars the gains are alright but the 15 + stars is where the juice is and you get a large amount of attack and magic attack from each upgrade beyond 15.

the catch is that upgrades from 12 star and above have a chance to destroy your item leaving you only a trace of it .

the saving grace is that you can transfer that trace onto another version of the same item to restore the item but the star force decreases to 12 stars .

note that all other stats remain the same after this process .

if you want to start force efficiently save up for star force events such as 30 off and 5 /10/ 15 which come roughly every 6 weeks.

solo progression is a valid way to play the game but i would strongly suggest you find a good guild that you can connect and progress with .

guilds come with many benefits such as guild skills which give you percent damage boost and permanent XP boost from level 101 to 200.

well that wraps up my top 10 tips on getting back into maplestory in 2020 leave a comment if you liked this guide or if you have any other tips you want to add to this list .