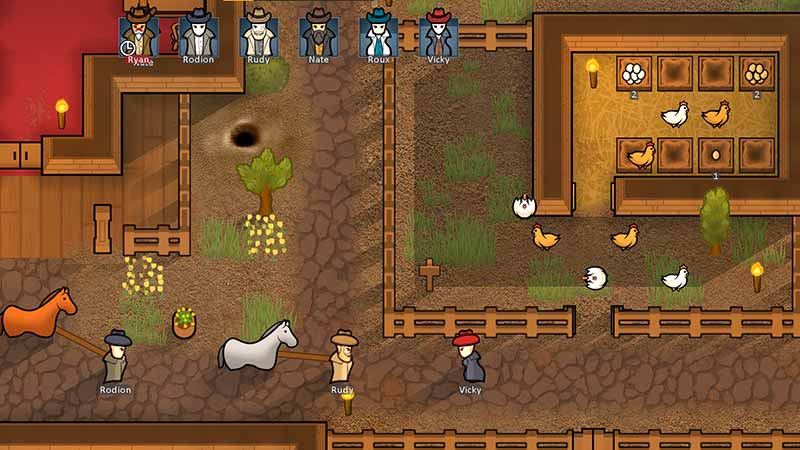 RimWorld is a survival, tactics, and role-playing game that offers a unique experience with each save.

Storytellers are a variety of game modes, each with its own personality to generate fresh gaming events, as well as difficulty adjuster and reload / Ironman choices. Then there are the endlessly produced maps on which to build your colonies.

Animals and wildlife play a significant role in RimWorld. Animals are a fun aspect worth discussing in our RimWorld beginner’s guide, ranging from lowly pets to valuable members of society.

And now I’m gonna list all Rimworld best animals to farm for each different purpose.

You may also like All Best Animals to Tame Rimworld and Rimworld How To Feed Animals?

Cows are the easiest food animal to keep if you’re on a map with a lot of grazing time per year, and they provide a lot of profit in the form of meat, milk, and leather.

Tortoises are the most efficient food and profit animals when kept for meat, while Chickens are the second most efficient via egg-laying but aren’t great for wealth. Cows, on the other hand, are still good even if you have to feed them, so I definitely recommend them.

Tortoises are the most efficient profit and food per nutrition of any animal without grazing. Horses, cows, muffalos, and bisons, on the other hand, are still viable possibilities.

Chinchillas are the number two overall, with foxes, Guinea Pigs, and Ibex rounding out the top five in terms of nutrition to profit efficiency.

Elephants are the easiest and most useful animal to keep, as they are tough in combat, good movers, profitable, pack animals, and grazers with all of those characteristics.

Overall, Thrumbos and Megasloths are superior, but they are considerably more difficult to tame and train, and they do not qualify as pack animals.

You could conceivably cut this down to 1:3 without any serious concerns after your herd is up and running, as long as you have enough males to safely absorb any losses. Males, on the other hand, have a minimal effect on the equation because females and their offspring outnumber them by a large ratio.