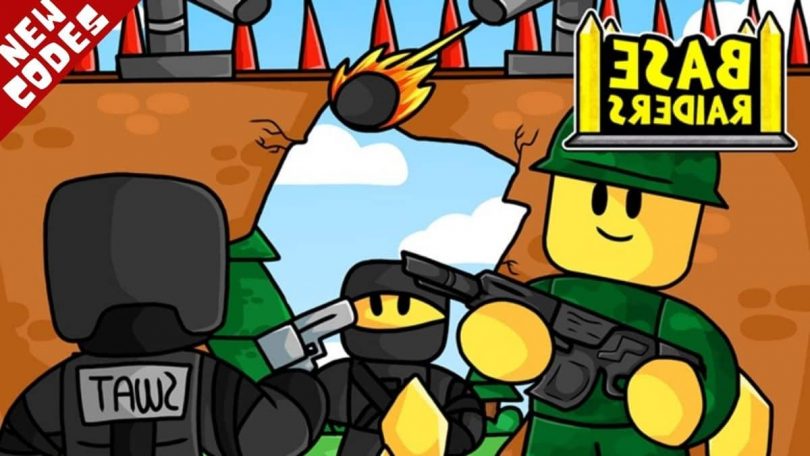 In this article you will find all the valid Base Raiders Codes, that will reward you with free items and game gems.

What are Base Raiders Codes?

Base Raiders Codes are a list of codes given by the developers of the game to help players and encourage them to play the game. the codes are released to celebrate achieving certain game milestones, or simply releasing them after a game update.

Below you will find an updated list of all working codes for Base Raiders. this list is updated on a regular basis as we add new codes and remove the expired ones.

How To Redeem Base Raiders Codes ?

To redeem the codes for Base Raiders it’s easy and straight forward just follow the steps below:

Where to find new Base Raiders codes?

To get new codes for Base Raiders once they are released you can follow the game developers on their official Twitter account here, and join their Discord server as the codes are announced their first and you will notice players talking about them they are once released.

Base Raiders is a fighting Roblox game that was created in 2018 by Base Productions, it reached more than 40 million visits, the goal of the game is to build your own base and defend it from other attackers, you can also attack and raid other bases.

how often do crates spawn in base raiders roblox?

Crates in base raiders spawn every 30 minutes in the center of the map and contain items such as skins, tags, weapons, bas BUX, and trails. you can also buy Crates using Robux or Base Bux.

Now you have everything to know about Base Raiders codes and the game itself, make sure to let us know in the comments if you have any trouble redeeming any codes.

For more Roblox codes check the Roblox Promocodes list, also check our blog for the latest Roblox game updates like these: