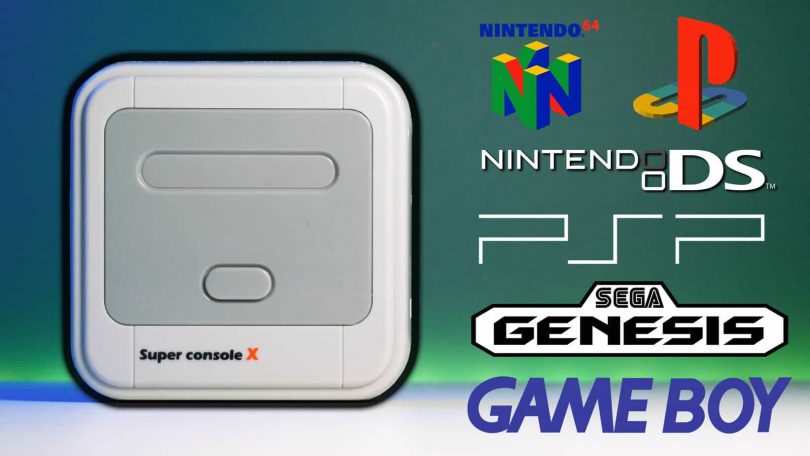 The Super System X Pro is a retro gaming console that emulates classic games. It’s an Android box that looks like a SNES or Super Famicom and comes with a microSD card pre-loaded with EmuELEC.

EmuELEC is a Linux distribution (distro) that comes with a ton of emulators and is built on the just-enough Kodi media center Linux-based operating system (OS) CoreELEC. EmuELEC is designed to work with Amlogic SBCs.

2.4GHz USB dongles are required to use the gamepads. A remote control, an HDMI cable, a power converter, and a four-port USB hub are all included.

There are three distinct microSD card sizes to choose from 64GB, 128GB, and 256GB. The more game ROMs you get with a larger microSD card, the better.

Over 80 emulators and up to 50,000 games from systems like the PlayStation Portable, Nintendo 64, Sega Dreamcast, and a host of others are included by default.

We put all the complete Super Console X Game List in this link. So, make sure to check that out.