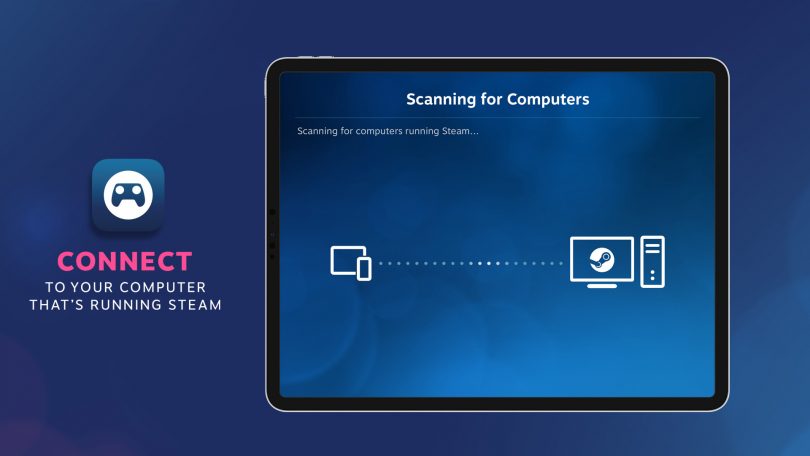 If your Steam game library is larger than your portable disk, you can always do several transfers.

Actually, if your internal network is fast enough, you can use it instead of portable disks. Anyway, let’s look at how to transfer Steam games from one computer to another.

How to Move Steam Games to Another Computer

To copy Steam Games from one computer to another, you’ll first need to locate your Steam Games library. This will most likely be the default Steam library location for most people:

Now that we have our Steam games folder, just connect your USB or hard disk to your other computer and start copying the folders containing the games you want to transfer.

After that, connect the portable drive to your new PC. Certainly, you’ll need to install Steam on your new PC first.

After that, go to the same default Steam library directory on the new PC (C:\Program Files\Steam\steamapps\common) and copy the game folders there.

Note that, Steam will not recognize the game files if they are not stored in this common folder.

You may also like How to Beat QWOP And Set New Record ? and How to Farm Toppings Cookie Run Kingdom ?

Open Steam on the new computer to install the games after all of the folders have been moved over.

You may either click the blue install button, or you can use ‘SHIFT+LEFT CLICK’ or ‘CTRL+LEFT CLICK’ to mark numerous games that you wish to install from the directories you just copied over.

Once you’ve made your selection, ‘RIGHT-CLICK’ to bring up a pop-up menu, then pick ‘INSTALL’.

This will save you a lot of time, compared to install the games one by one.

Now Steam will work its magic, searching the files in\Steam\steamapps\common folder for any existing game files. When it locates them, it will begin the installation process without redownloading the whole game.

Note that the game folder must be in the right folder; otherwise, Steam will not recognize it and will begin downloading it again from the beginning.

There’s another way to move Steam games to another computer, is by  using the Steam back-up feature. But, I suggest you not to, because it takes a lot more time than move the games using portable drive method.