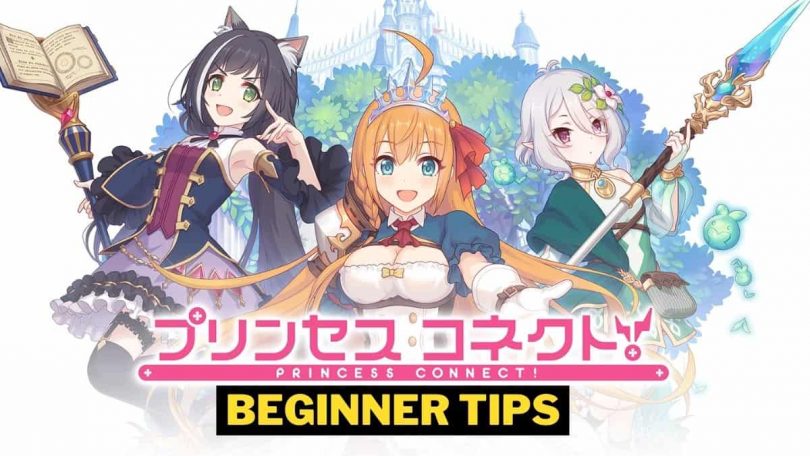 Hi and welcome to this small guide to the game Princess Connect Re:Dive. Like the title suggests, it’s meant to be a collection of leads, which will help you a lot when progressing.

I highly suggest for new players to read the “Rerolling” and “Progression” part, but after that, there is no right order to read this guide.

Feel free to navigate to the topics where you need information or are simply interesting to you.

Guides to reroll fast (without downloads):

Will update it regularly, for the time being I assume that Jun will be the launch banner.

Jun is a very strong pve tank. Since she has defense break, she’s very good in Clan Battle (CB) as well and will most likely dominate CB with Makoto for a while.

You can farm her in future hard story mode chapters though (on the other side, apparently her stage is very hard and you’ll have a hard time clearing it with decent characters).

If you aim to be competitive in Clan Battle, Jun is very worth to reroll for.

I won’t go into detail why X unit is good for Y role (I’m lazy and it would make this guide too long as well). Search on the internet, look at the skill kit and if you’re really confused why said character is bad/good you can ask in Priconne discord as well (You can find the link at the bottom). But this guide won’t cover this aspect.

VH atm is the most difficult PVE boss and not an enemy you can beat with your normal team (unless you’re highly overleveled).

The cheese comp for him is Yui + Chika + Yukari + 2 tanks. You can use Maho instead of one tank. The key aspect of the strategy of this cheese comp is, that you don’t lose any units who survive if you time out.

So all you do is stay alive, time out several times and slowly chip his health away in multiple attempts.

Yukari is the core unit in the team, because her UB shield is necessary to survive the UB of the boss and her TP battery skill allows your healers to keep the team health at a consistent amount.

Yui and Chika are also very important, since most of the boss’ attacks are AOE.

Regarding tanks, you can use anyone besides Rima (not completely sure about Kuuka though, haven’t tried her).

Keep in mind that you need 2* Peco if you plan to use her.

Note: Unless you’re high leveled (around lvl 65) I wouldn’t try to auto VH. Timing your UBs correctly is the key to beating him.

These team comps are built around having Ninon/Rino charged up very quickly and nuking the enemy with their UBs. Lima is very useful because she causes the enemies to group with her delayed entry, and Mitsuki provides AOE defense debuff to make the UB hit even harder.

Magic dps are very strong in arena because magic attacks can’t miss and most current team comps are vulnerable against magic damage (Especially pudding, she literally melts against that).

Debuffer/buffer who reduce magic defense or raise magic attack like Maho or Akari are useful too.

General  strong units for Arena (will fit into most team comps)

Tamaki: Good against magic comps since she deals massive damage against mages and targets the enemy with the highest magic attack stat.