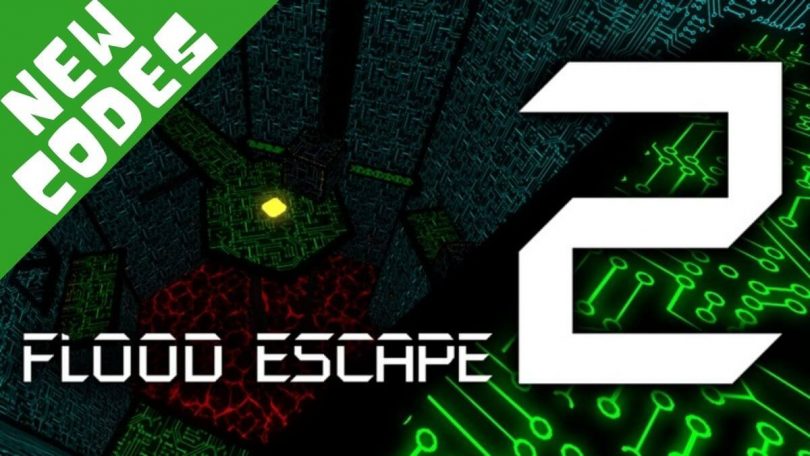 Flood Escape 2 codes or FE2 codes that will reward you free coins and gems, and they are often released during events or new skin release.

Flood Escape 2 also called FE2 was created in April 2017, it”s a Roblox game where you have keep your air up while going through maps, once you reach the endzone of each map you will be rewarded Xp and coins and move to a more difficult map.

These are all the codes for FE2 that are still active. most codes are released during new events or new skins.

No active codes at the moment.

How To redeem Flood Escape 2 codes

It easy to redeem the codes for Flood Escape 2, just click on the shop icon on the bottom then on codes and enter one of the codes from the list above.

Maps in Flood Escape 2 are what the game is about, there is a total 27 maps that you can explore and upgrade to and they are organized into 5 difficulties

Easy Maps are made to introduce you to the game and get familiarized with buttons, easy maps consist of 4 maps:

Once you can pass the easy maps the Normal maps are the next step to get familiarized with higher difficulty in FE2, Easy maps consist of 8 maps:

the hard maps consist of 7 maps and they are a bit harder than the normal maps as you will need to learn extra skills to finish each map, here are all the Hard Maps:

Insane Maps requires you to be fast and respond quick, they are the second hard set of maps in the game.

Currently there is one Map under the Crazy map it’s the Blue Moon map , it’s hard to finish as it requires a lot of focus and skills, and it has a lot of obstacles that are hard to complete.

How to whitelist your map?

Here is how to list your map in Flood Escape 2:

The Secret Room in Flood Escape 2 is a hidden tunneling system that you can get to and explore, it is found next to the lobby.

where is the secret room in Flood Escape 2?

what does rebirthing do in Flood Escape 2?

if you rebirth in Flood Escape 2 you level will reset to level 1, each player has the ability to rebirth 10 times.

Flood Escape 2 is definitely a game to try if you like challenges, if you find any expired codes in the list above let us know in the comment and we will make sure to update it ASAP.

You also might want to Roblox Promo codes list to redeem some free items for your avatar.

and here is a list of different Roblox game codes: