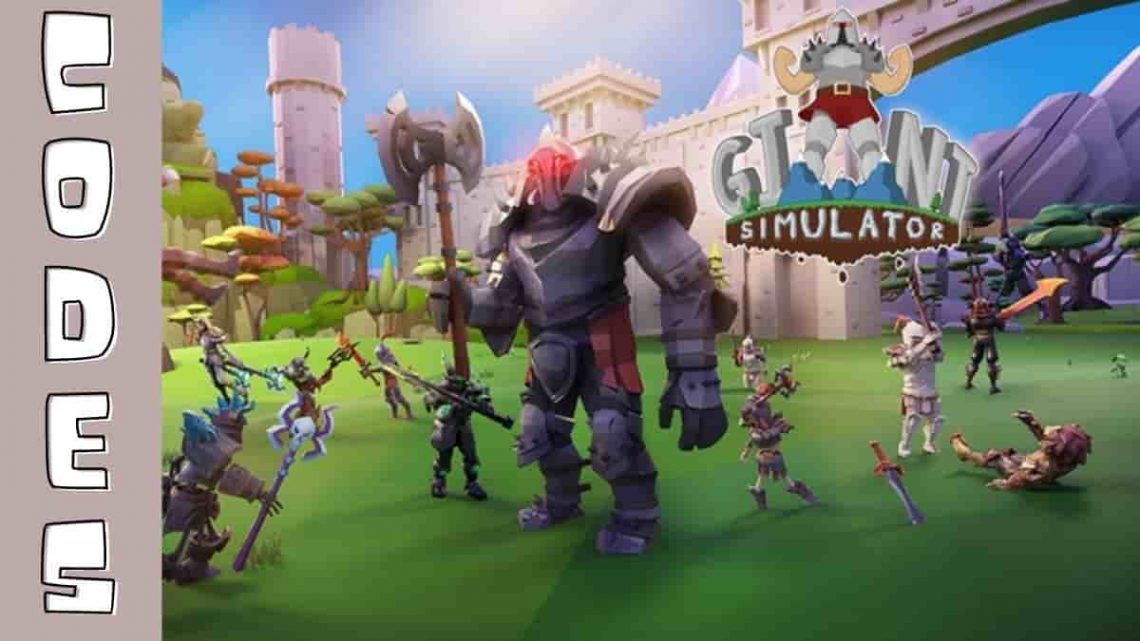 Giant Simulator codes will allow you to get a big amount of gold, clovers, hearts and quest points.

giant simulator is a Roblox game that was released in March 2019 and it grew to reach more than 58 million visits, it was developped by Mithril Games. the goal of the game is to become a giant and obtain weapons and armors and kill other players.

These are the latest codes for giant simulator 2020, we will make sure to update this list once new codes area available. the codes in Bold are the latest released ones for September 2020.

It’s easy to redeem the codes for Giant Simulator but if you don’t know how, here are the exact steps for you to follow:

How do you get pets in giant simulator?

To get pet in Giant Simulator you have to go to pet shop and buy them using gold coins, you can get extra gold by redeeming the code in the table above.

How do you get soul gems in giant simulator?

There are three ways to get soul gems in Giant Simulator: by soul training, re-birthing or by getting to the Demon King’s world.

Where is the golden egg in giant simulator?

here is a video that lists all the location of Gloden egg in giant Simulator.

What are Roblox game codes?

Roblox game codes are special codes that you can redeem inside a specific game and get rewards that will help you advance in the game. sometimes those codes are exclusive to a certain time and released by developers of the game to celebrate an event or a milestone that is reached.

how do you rebirth in giant simulator?

To perform a Rebirth in Giant Simulator just click on the Sand timer in the bottom right and a screen will pop up with rebirth option. just click on Blue button and the rebirth will happen.

If you want to get some items and accessories for your avatar you might want to check the Roblox Promo codes list.

And if you play other Roblox games check the latest codes for other games in this list: