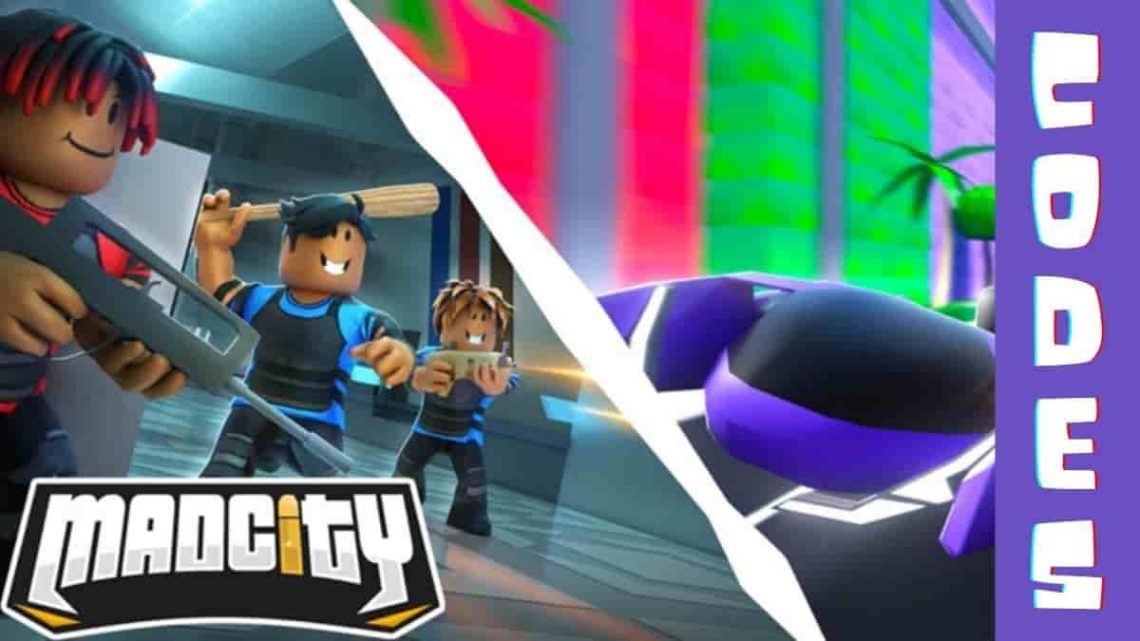 Roblox Mad City codes will allow you to get Vehicle skins weapon skins and cash.

Mad City is a Roblox Game that was created in March 2017 by Schwifty Studios and it got very famous as it reached more than one billion visits since then. it’s often compared with Jailbreak game.

In Mad City game play you get to choose between being a criminal/super villain who performs heists around the city or be a police/Hero and help bring justice in the city.

Here in this post we will list some codes for mad city along with some important information about the game that you might need to know while playing the game.

This All Mad City codes and the rewards for each code:

yill this day there is only one expired code for Mad city:

How to Redeem Mad City codes

To redeem the codes in Mad city is an easy thing here are the steps to do it:

In this section you will know everything you need about the jetpack what is it and how to get it.

What is a jetpack in mad city?

the Jetpack is an item that will allow you to fly for 40 seconds, it has a Green light in the middle that indicates that it’s fueled and it change to red once it needs fuel. If the Jetpack runs out of fuel, you will fall down automatically.

How do you get the jetpack in Mad City?

after getting the Boss keycard do the following:

Note that when you get the jetpack you will lose the Boss keycard, also after having the Jetpack you won’t be able to deploy the parachute when falling.

mad city Treasure Map has three “X” and in one of them there is a key that will allow you to open the chest in the Pirate ship, once you open that chest you will be granted the flying power in Mad City.

The Mad City Mech Suit is a bipedal mech weapon that was added to the game in April 2020, each server has a Max of two Mech suits.

how to get mech in mad city?

To get the Mech suit in Mad City just head to one of the locations outside the city whee it might spawn and you can freely access to it.

Here are all the 8 locations where you can find the Mech suit in Mad City:

These are all the vehicles in Mad City :

To become a hero in Mad City you have to defeat a hero, and here are the steps to become a villain just y yourself:

how to fly in Mad City?

Follow these easy steps to fly in Mad City:

How do I get into the pyramid in Mad City?

The pyramid is located in the desert across the jewelry store, once you enter the pyramid you will have to pass 6 hazards, and after the last one you will end up in the Vault where you get your reward.

Can you still get the Banshee in Mad City?

the Banshee in Mad City is no longer obtainable, as it is elusively obtainable in season 2.

How do I get the secret gun in Mad City?

the secret gun or the Frost gun is a close range weapon and this is how you get it:

How do you get heatseeker in Mad City?

the heatseeker is an aerial vehicle that as introduced in season 3, and you can get it by defeating Kua Kua, but it’s no longer available.

How do you get the flying car in Mad City?

There is two Flying cars in Mad City: Banshee and Cyber Plane and both of them are not available.

How do you get the free car in Mad City?

The laser gun in Mad city also called The Death Ray, to get you you need to get the Golden key from the Pyramid’s vault after you interact with the treasure chest (crouch or jump on it).

after you get the Golden Key head to the Cluckdonalds in the city, you will find a secret storage in the back put the key in it and a secret door will open where you will find the Laser gun.

How do you rob casino Mad City?

Here is what you have to do in order ti rob the Casino in Mad City:

How do you rob nightclub in Mad City?

Here are the steps that you have to follow to rob the nightclub:

This is all you have to know about Roblox Mad City codes if you have more questions about the game you can check mad city roblox wiki here. also join the Mad City official discord server here.

and if you came across any expired Mad City codes in the list above please feel free to let us know in the comments.

You might also want to check the latest Roblox promo codes to claim some free items and accessories for your avatar.

and if you play other Roblox games check this list of working codes of each game: